for the marriage of Anthoine Vermet dit Laforme and Barbe Menard 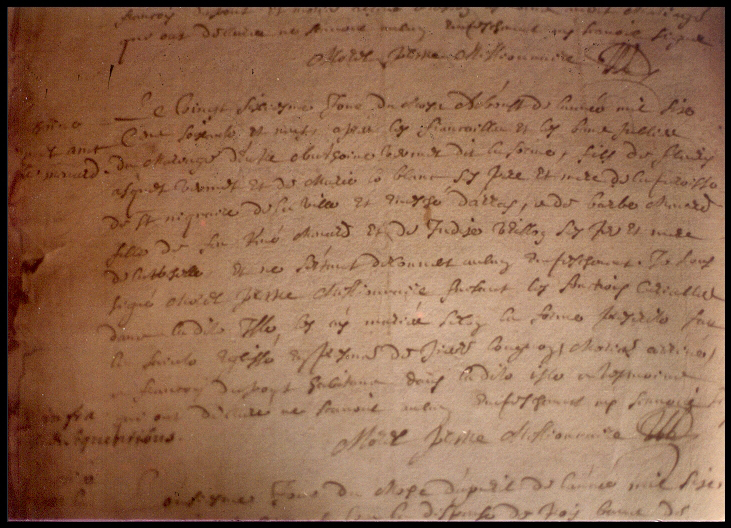 The twenty-sixth day of the month of August of the year one thousand six hundred sixty-nine, after the engagement and the published bans of the marriage of Anthoine Vermet dit Laforme, son of Fleury Asquet Vermet and Marie Leblanc her father and mother of the parish of St Niquaire of the city and parish of Arras, and of Barbe Menard daughter of the late René Ménard and Judix Veillon of La Rochelle, and not having discovered any obstacle, I undersigned Morel Priest Missionary doing the curial functions in the said Isle, have married them according in the form prescribed by the Holy Church in the presence of Pierre Longnon, recently arrived and Francois Dupont living in the said Isle and witnesses who declared not to know any obstacle not to sign 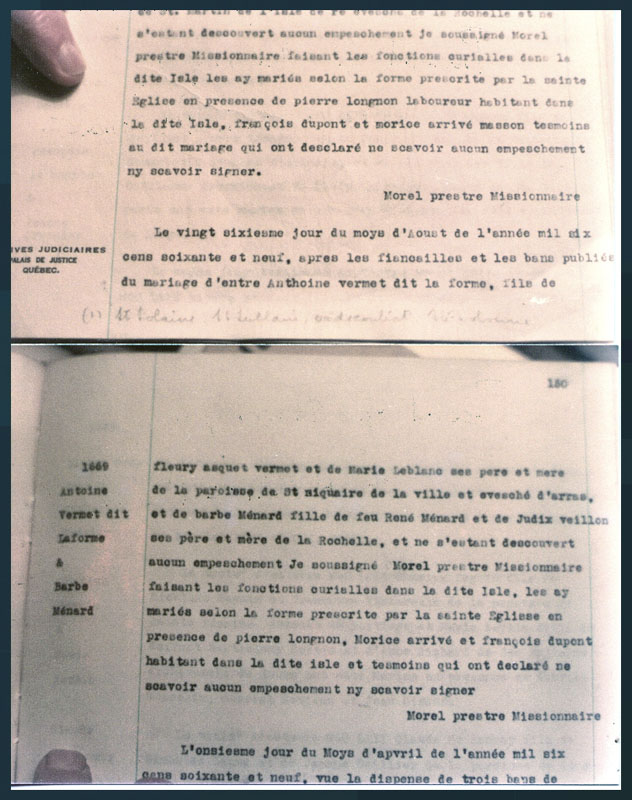